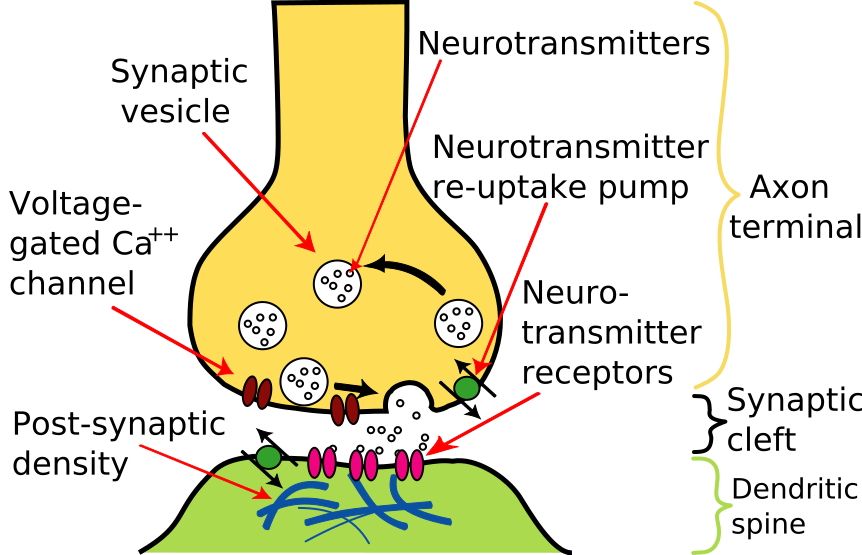 Contrary to the popular notion of the brain as an organic computer, the signals responsible for most behavior aren’t transmitted purely by electricity. The motion of ions, atoms with either a deficit or surplus of electrons from their neutral state, is responsible for regulating the release of neurotransmitters, the “firing” of the neuron that leads to thought or sensation.

By applying a current in a certain direction, tDCS can effectively increase or decrease electrical polarization, affecting the chance that neurons in a given region of the brain will fire depending on the orientation of the subject’s synapses and whether a positive or negative current is applied. The potential to decrease neuronal activity seems just as important as the potential to increase it by way of medical and psychiatric applications of the technology. Disorders like schizophrenia, for instance, seem to be linked to over-excitability in certain parts of the brain.

via Physics Buzz: Shockingly Smart: The Physics Behind Brain Stimulation.